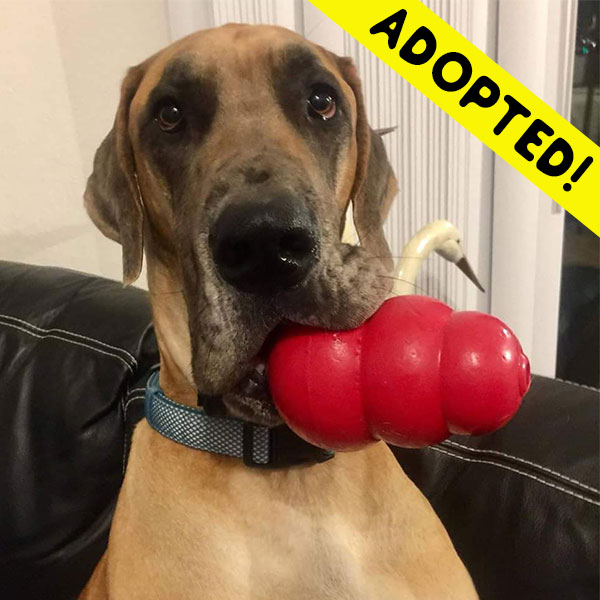 Leo was an owner surrender because, due to life circumstances, his owner had to move to an apartment, from a house… and Leo was not doing well with the adjustment. His owner tried everything, worked with trainers, but ultimately realized the best thing for Leo was to allow him to have a life similar to what he was used to… so he became an ODAAT dog. Leo has made the transition to his new home rather seamlessly and has already claimed a “throne”… his go-to after a long day of zoom meetings at work! CONGRATULATIONS, LEO!!!! HAPPY TAILS, SWEET BOY!!!!