One Dane at a Time came about as a call to the growing number of Danes in need. The inspiration for this venture is my first Dane, Twiga. Twiga was purchased in Mexico by a man that had “no idea” how big he would get. He grew quickly (as Danes do) and the man had no idea what to do with an untrained giant dog, so he tied him up to a chain in his backyard where he didn’t even have access to clean water. My Godfather, a Catholic Priest who is a lover of all giant dogs, got wind of this and gave the man two options: Deal with animal control, OR, surrender the dog to him. The man chose the latter. My Godfather name him “Twiga” which means giraffe in Swahili because he is tall and spotted. Twiga was in poor health and extremely emaciated, but with love and proper nutrition, he eventually came around.

Twiga spent a few years with my Godfather before coming into my life… and the timing couldn’t have been better. I was going through a difficult time in my life and I was looking for a dog for companionship. I was originally looking for a German Shepherd (because that was the breed I had previously) when my Godfather asked me to consider adopting Twiga. I drove up to meet him and it was love at first sight… for both of us! INSTANT connection! April 27th, 2011 was the day Twiga saved me. That was the day my love affair with this amazing breed began.

I quickly took to learning all about the breed and couldn’t wait to get him a buddy. A little over a year after adopting Twiga, I got Lila… another rescue. These two amazing beings have been with me through it all! They have been the best friends a girl could ask for. I knew that someday I wanted to begin fostering, never imagining that my dream of having my very own rescue could EVER become a reality.

I began fostering and LOVED it! However, I realized that there was always more I wanted to try to do to help the dogs I was fostering and I had very little control over the fate of my fosters and I knew I wanted to do more. Every foster has taught me something, many have been a challenge and some have ended up finding their forever homes with me. It was my involvement with other rescues as a foster that got me more and more involved with Dane rescue. I quickly realized that there were far more Danes in need than rescues to help them. That’s when I felt that I needed to take action.

One Dane at a Time came about in an effort to provide Southern California with a breed specific rescue to assist with the growing number of Danes needing homes. With poorly regulated animal control, more and more people are illegally breeding Danes which causes them to be sold on the internet for next to nothing, without any home checks or ownership screening of ANY kind. These Danes’ fates are often uncertain, many ending up in homes that cannot afford the care necessary for this specialized breed, much less to spay/neuter them and therein lies the problem. More and more Danes are being bred irresponsibly, ending up in shelters or being given away for free on the internet… an absolute tragedy.

My mission and my goal with One Dane at a Time is not only to take in Danes and need and place them in forever homes, but also to educate the public on the specific needs of this amazing breed and to raise awareness about spay/neuter and responsible ownership. 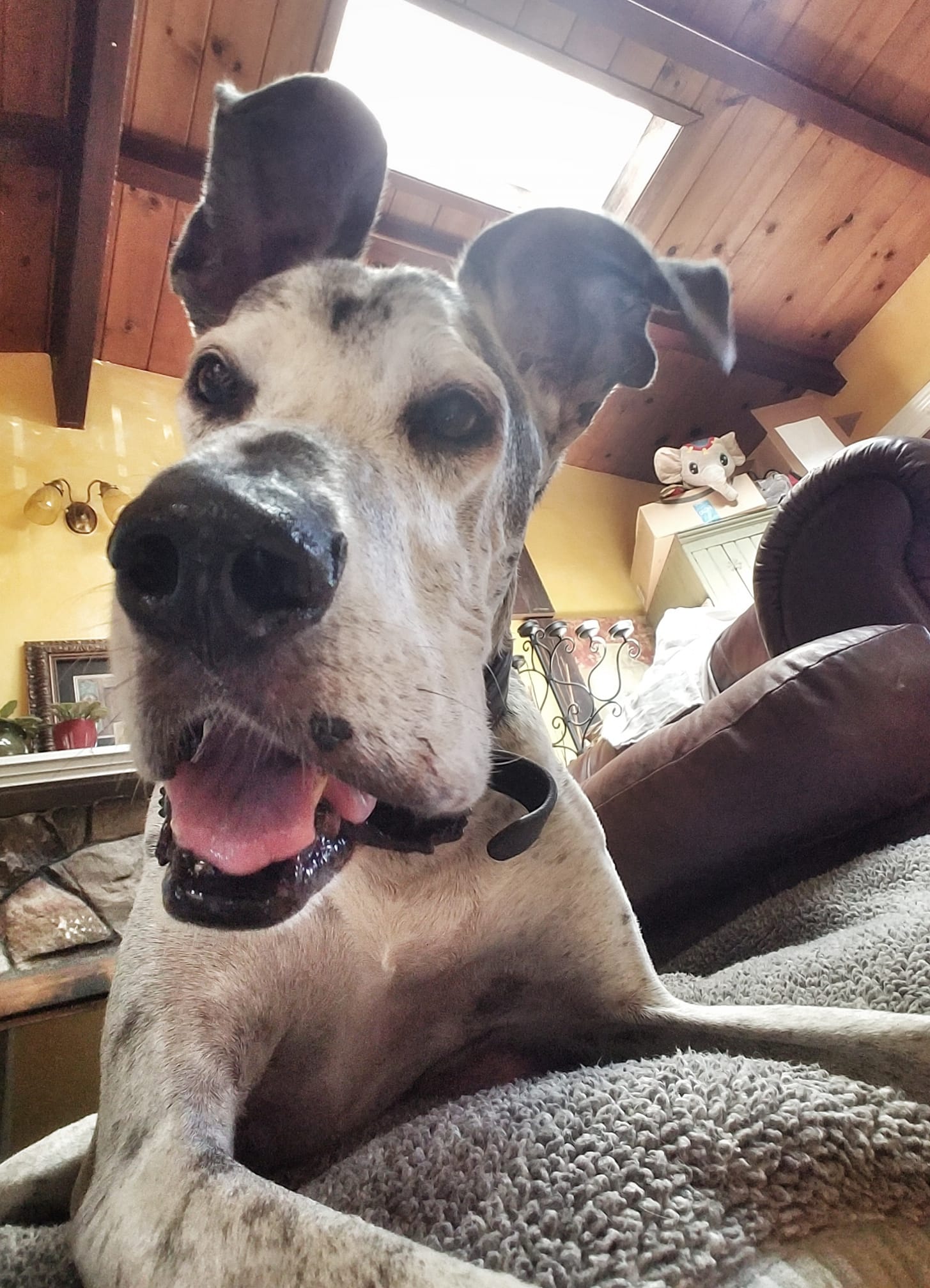